Nora M. Alter is Professor of German, Film and Media Studies at the University of Florida. She is author of Vietnam Protest Theatre: The Television War on Stage (Indiana UP, 1996) and Projecting History: German Non-Fiction Film 1967-2000, (University of Michigan Press, 2002). She has published articles in New German Critique, The Germanic Review, Cultural Critique, Studies in Twentieth Century Literature, and contributed essays to Beyond 1989, Imperialism and Theatre and Triangulated Visions. She is currently working on a project on the "The Essay Film." 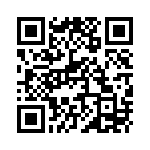