Christian Joerges is Professor of Economic Law at the European University Institute, Florence. He is on leave from the University of Bremen where he was a Director of the Centre for European Law and Policy.

Ernst-Ulrich Petersmann is Professor of International and European Law at the European University Institute at Florence and Joint Chair at the Robert Schuman Centre for Advanced Studies in Florence, Italy. He was formerly Professor at the University of Geneva and its Graduate Institute of International Studies, and legal adviser in GATT and the WTO 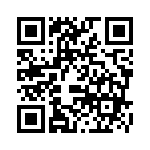