I read Caroline Walker Bynum's *Metamorphosis and Identity* as part of my research for a paper I'm about to give on identity in the medieval poem *Sir Orfeo*, so I read it with double perspective ... Read full review

Caroline Walker Bynum is Professor of Medieval European History, Institute for Advanced Study, Princeton, New Jersey, and University Professor Emerita at Columbia University. She is the author of Fragmentation and Redemption: Essays on Gender and the Human Body in Medieval Religion and Metamorphosis and Identity, both published by Zone Books. 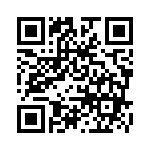