Gilbert Tournoy is Professor of Classical, Medieval and Renaissance Latin at KU Leuven. His research focuses on Latin Literature of the Italian Humanism and Humanism in the Low Countries. 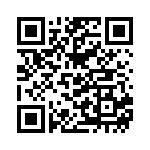