Kenneth Dyson is Research Professor in the School of Law and Politics at Cardiff University, UK. He is a Fellow of the British Academy and an Academician of the Social Sciences. His research interests encompass European integration, comparative and historical political economy, and German political studies. His publications include The State Tradition in Western Europe; The Road to Maastricht (with Kevin Featherstone), chosen by the European Parliament as one of the 100 best reads on European integration; and States, Debt, and Power: 'Saints' and 'Sinners' In European History and Integration, which received the UACES Best Book Prize in 2015.

Angelos Sepos is Assistant Professor in International & European Politics at Al Akhawayn University, Ifrane, Morocco. He is the author of the book The Europeanization of Cyprus: Polity, Policies and Politics Basingstoke (2008) and has also published articles in numerous edited volumes and leading scientific journals such as the Journal of Political Power, Journal of European Integration, Journal of Southern Europe and the Balkans and Regional and Federal Studies. 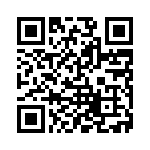