Oliver Grau is Professor for Image Science and Dean of the Department for Cultural Studies at Danube University. He is the author of Virtual Art: From Illusion to Immersion (2003) and editor of MediaArtHistories (2007), both published by the MIT Press.

Rudolf ARNHEIM is Professor Emeritus of Psychology of Art at Harvard University. His books include Film as Art (1957), Art and Visual Perception: A Psychology of the Creative Eye (1974) and The Dynamics of Architectural Form (1977).

Ron BURNETT is President of Emily Carr Institute of Art + Design in Vancouver, and Artist/Designer at the New Media Innovation Center. He is the author of Cultures of Vision: Images, Media, and the Imaginary and the editor of Explorations in Film Theory.

Edmond COUCHOT was head of the Department of Arts and Technologies of Image at the University Paris 8. He is the author of Image: De l'optique au numérique (1988); La technologie dans l'art: De la photographie a` la réalite virtuelle (1998); and L'art numérique (2003-2005) and was involved in about twenty international exhibitions.

Sean Cubitt is Professor of Film and Television at Goldsmiths, University of London. He is the author of The Cinema Effect and the coeditor of Relive: Media Art Histories, both published by the MIT Press.

Felice C. Frankel is an award-winning science photographer whose photographs have appeared in many publications. A research scientist in the Department of Chemical Engineering at MIT, she is the author of Envisioning Science (MIT Press), No Small Matter (with G. M. Whitesides), On the Surface of Things (with G. M. Whitesides), and Visual Strategies (with Angela H. DePace).

Erkki Huhtamo, media historian and pioneering media archaeologist, is Professor in the Department of Design Media Arts at the University of California, Los Angeles. He is the coeditor of Media Archaeology: Approaches, Applications, and Implications.

Douglas Kahn is Professor at the National Institute for Experimental Arts at the University of New South Wales in Sydney, Australia. He is the author of Noise Water Meat: A History of Sound in the Arts (MIT Press) and Earth Sound Earth Signal: Energies and Earth Magnitude in the Arts and coeditor of Wireless Imagination: Sound, Radio, and the Avant-Garde (MIT Press).

Ryszard KLUSZCZYNSKI is professor of cultural and media studies at Lodz University, where he is Head of the Electronic Media Department. His publications include: Information Society. Cyberculture. Multimedia Arts (2001) and Film-Video -Multimedia: Art of the Moving Picture in the Era of Electronics (1999).

Machiko KUSAHARA is Professor at Waseda University and a Visiting Professor at UCLA. She has curated digital art internationally since 1985, and was involved in founding the Tokyo Metropolitan Museum of Photography and ICC. Her recent publications include analyses of Japanese mobile phone culture, game culture, and visual media.

Timothy LENOIR is the Kimberly Jenkins Chair for New Technologies and Society at Duke University. He has published several books and articles on the history of biomedical science from the nineteenth century to the present, and is currently engaged in an investigation of the introduction of computers into biomedical research from the early 1960s to the present.

Lev Manovich is Professor of Visual Arts, University of California, San Diego. His book The Language of New Media (MIT Press, 2001) has been hailed as the most suggestive and broad ranging media history since Marshall McLuhan.

W.J.T. MITCHEL is Professor of English and Art History at the University of Chicago, and editor of Critical Inquiry. His publications include Iconology (1986), Picture Theory (1994), and The Last Dinosaur Book (1998). His latest book is What Do Pictures Want?

Gunalan NADARAJAN, currently Associate Dean for Research and Graduate Studies in the College of Arts and Architecture at Penn State University, is an art theorist and curator and widely published.

Christiane PAUL is Adjunct Curator of New Media Arts at the Whitney Museum of American Art and Director of Intelligent Agent, a service organization dedicated to digital art. She has written extensively on new media arts and her book Digital Art was published in 2003.

Louise POISSANT is Dean of the Faculty of Arts at Université du Québec at Montreal where she directs the Groupe de recherche en arts médiatiques since 1989. She is internationally published.

Edward A. Shanken is Visiting Associate Professor, DXARTS, University of Washington. He is the editor of Roy Ascott's collected writings, Telematic Embrace: Visionary Theories of Art, Technology and Consciousness and the author of Art and Electronic Media.

Barbara Stafford is the William B. Ogden Distinguished Service Professor of Art History at the University of Chicago. She is the author of Good Looking, Artful Science, Body Criticism, and Voyage into Substance (all published by MIT Press).

Peter Weibel is Chairman and CEO of the ZKM Center for Art and Media Karlsruhe. With Bruno Latour, he coedited ICONOCLASH and Making Things Public as well as other ZKM volumes, including, most recently, Sound Art and Global Activism (all published by the MIT Press). 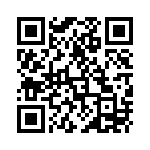