Maria Hlavajova is the Founding General and Artistic Director of BAK, basis voor actuele kunst, Utrecht. She is coeditor of Former West- Art and the Contemporary after 1989, and Propositions for Non-Fascist Living- Tentative and Urgent (both published by the MIT Press).

Simon Sheikh, a curator and theorist, is Reader in Art and Programme Director of the MFA in Curating at Goldsmiths, University of London. 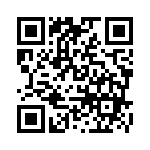