Paul Taylor is Emeritus Professor of International Relations at the London School of Economics, UK. From 2001 to 2004 he was Director of the European Institute at the same institution. 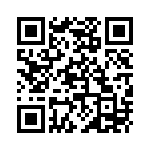