Sandra Lavenex is Professor of International Politics at the University of Lucerne, Switzerland.

Frank Schimmelfennig is Professor of European Politics at the Center for Comparative and International Studies, ETH Zurich, Switzerland. 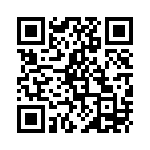