Mabel Berezin is Associate Professor of Sociology at Cornell University. She is the author of Making the Fascist Self: The Political Culture of Inter-war Italy (1997) which was awarded the J. David Greenstone Prize for Best Book of 1996-1997 in Politics and History by the American Political Science Association and named an Outstanding Academic Book of 1997 by Choice. She is also co-editor of Europe Without Borders (2003) and has written numerous articles on European politics, culture and history. 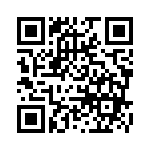