Aurelian Craiutu is Associate Professor in the Department of Political Science at Indiana University, Bloomington. He received his Ph.D. in political science from Princeton University in 1999. His book Liberalism under Siege: The Political Thought of the French Doctrinaires won a 2004 CHOICE Outstanding Academic Title Award. Professor Craiutu has also edited several volumes, including Guizot's History of the Origins of Representative Government in Europe, Madame de Staël's Considerations on the Main Events of the French Revolution, Conversations with Tocqueville: The Democratic Revolution in the Twentieth-First Century (with Sheldon Gellar) and America through European Eyes (with Jeffrey C. Isaac). His articles and reviews have also appeared in many journals.

Jeremy Jennings is Professor of Political Theory at Queen Mary, University of London, having previously held posts at the Universities of Swansea and Birmingham (UK). He received his D.Phil. from the University of Oxford. In 2007 he was made a Chevalier in the Ordre des Palmes Académiques for services rendered to French culture. Professor Jennings has published extensively on the history of political thought in France, the role of intellectuals in politics, and the history of socialism. In 2002 he published a new edition of Georges Sorel's Reflections on Violence and in 2005 co-edited a volume entitled Republicanism in Theory and Practice. He has recently published articles in the American Political Science Review, Review of Politics, Journal of Political Ideologies and Journal of the History of Ideas. 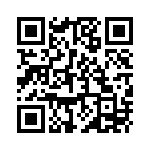