Tina Marshall is an instructor at Renison College, University of Waterloo, and an editorial assistant for the Catalogus Translationum et Commentariorum.

Ronald Gene Witt was born in Wayne, Michigan on December 23, 1932. He received a bachelor's degree in political science from the University of Michigan in 1954. He studied history and teaching for two years in France on a Fulbright scholarship. He received a master's degree in history in 1958 and a doctorate in 1965 from Harvard University. He taught at Harvard from 1964 until he joined the history department at Duke University in 1971. He taught medieval and Renaissance history until his retirement in 2004. He wrote several books including Coluccio Salutati and His Public Letters, Hercules at the Crossroads: The Life, Works and Thought of Coluccio Salutati, and The Two Latin Cultures and the Foundation of Renaissance Humanism in Medieval Italy. In the Footsteps of the Ancients': The Origins of Humanism from Lovato to Bruni received the Renaissance Society of America's Gordan Prize and shared the Jacques Barzun Prize in Cultural History. He also co-edited several books including The Humanities: Cultural Roots and Continuities and Life and Death in 15th Century Florence. He died from heart failure on March 15, 2017 at the age of 84. 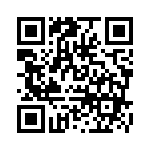