How the feds were involved in the creation of the largest carceral state in the world, starting with antipoverty programs that were funneled at least in part through police/law enforcement structures ... Read full review

Interesting look at how the war on poverty led to over-policing in African-American areas, but it felt like it was written in the the time it covered, so much so that the epilogue seemed incongruous. Read full review

Elizabeth Hinton is Assistant Professor of History and African and African American Studies at Harvard University. 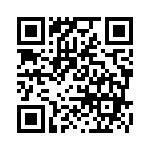