Whitney Davis is the George C. and Helen N. Pardee Professor of History and Theory of Ancient and Modern Art at the University of California, Berkeley. His many books include A General Theory of Visual Culture (Princeton) and Queer Beauty: Sexuality and Aesthetics from Winckelmann to Freud and Beyond. 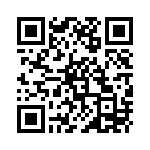