Pamela O. Long is an independent historian of premodern European history and the history of science and technology. She has received grants and fellowships from many institutions, including the American Academy in Rome, the John Simon Guggenheim Foundation, and the National Science Foundation. She is a co-director of the Michael of Rhodes Project. She is the author ofOpenness, Secrecy, Authorship: Technical Arts and the Culture of Knowledge from Antiquity to the Renaissanceand co-editor of the Historical Perspectives on Technology, Society and Culture Series. 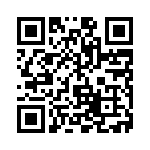