Lavinia Stan is an Associate Professor of Political Science at St Francis Xavier University, Canada. She is regional editor for Europe for the peer-reviewed Women's Studies International Forum and a member of the Scientific Council of the Institute for the Investigation of Communist Crimes and the Memory of Romanian Exile, the Social Science Adjudicating Commission of the Romanian Ministry of Education and the editorial boards of eleven scholarly journals in North America and Europe. Her books include Church, State, and Democracy in Expanding Europe and Religion and Politics in Post-Communist Romania (both co-authored with Lucian Turcescu), Transitional Justice in Eastern Europe and the Former Soviet Union: Reckoning with the Communist Past, 1989-2009: Incredibila aventura a democratiei dupa comunism (co-edited with Lucian Turcescu), Leaders and Laggards: Governance, Civicness and Ethnicity in Post-Communist Romania, Romania in Transition and the Encyclopedia of Transitional Justice (co-edited with Nadya Nedelsky). 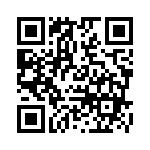