Klara Kemp-Welch is Lecturer in 20th Century Modernism at The Courtauld Institute of Art, UK. She is co-editor of a special issue of ArtMargins devoted to Artists' Networks in Eastern Europe and Latin America (2012), and author of book chapters and catalogue essays on Central and Eastern European post-war art. 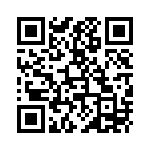