Mark A. Russell is an Assistant Professor at the Liberal Arts College of Concordia University, Montreal. He holds degrees from the University of Toronto and a Ph.D. from Cambridge University. His work on culture in Imperial Germany has appeared in The Historical Journal, The Canadian Journal of History and German History. 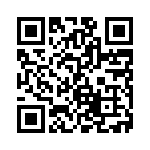