Elisabetta Zontini was a Visiting Fellow at the International Gender Studies Centre at Oxford University and a Research Fellow in the Families & Social Capital ESRC Research Group at London South Bank University. She has published a number of ethnographic articles and book chapters on gender and migration in Southern Europe and is now Lecturer in Sociology in the School of Sociology and Social Policy at the University of Nottingham. 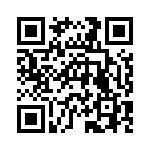