James Ker-Lindsay is Senior Research Fellow in European and International Studies at Kingston University, London, and IAA Senior Research Fellow on Greece and European Security at the Hellenic Observatory, London School of Economics (2008-2009). A specialist on the politics and international relations of South East Europe and the Eastern Mediterranean, his books include Crisis and Conciliation: A Year of Rapprochement between Greece and Turkey (I.B.Tauris) and EU Accession and UN Peacemaking in Cyprus. He also has a practical background in conflict analysis and resolution, having previously served as director of a think tank and as the co-ordinator of the Greek-Turkish Forum at the Royal United Services Institute for Defence and Security Studies (RUSI). 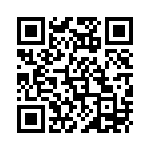